One man’s junk is another girl’s treasure.

On the far southwest corner of DRF, sits a collapsed barn.  Built into the hillside, with three stone walls, you don’t realize it is there until you are practically standing on top of it. 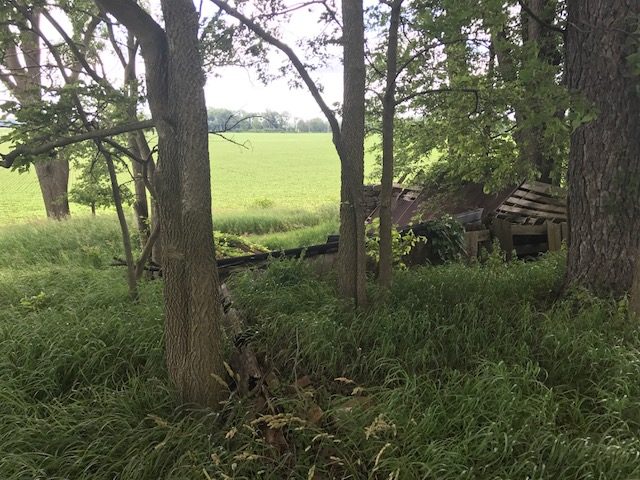 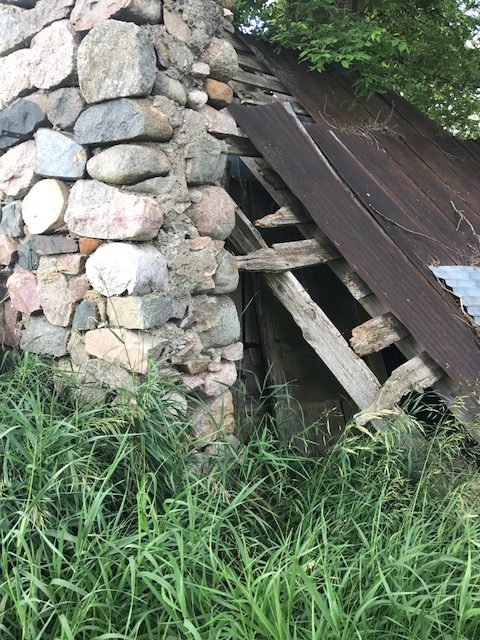 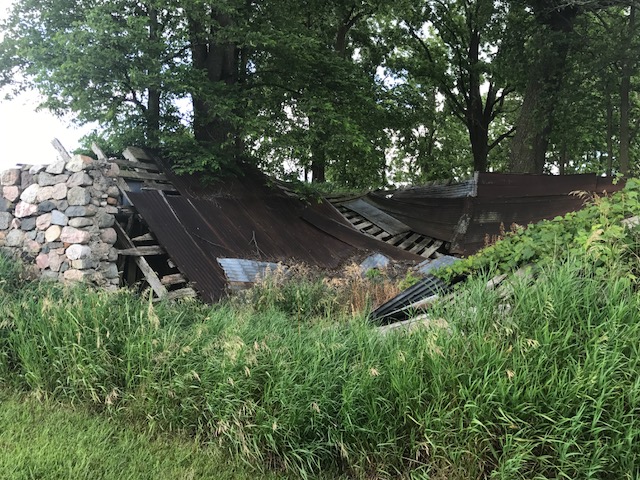 A few summers ago, Cooper and I dressed up in our worst clothes and belly-crawled under the roof to look at all that was accidentally entombed.  It was dirty…and it was awesome.

So I have been waiting for years to uncover the items that were forgotten underneath the roof (there was just never enough time when we were here for vacay). But one day last week, BJR decided he needed a little something more to work on — because adding on an 1,800 square foot addition just isn’t enough, right?

Armed with a wonderbar and hammer, he got to work.  First he pulled off the tin from along the west side of the roof.  Then, to humor me, he found me a metal coffee can to fill with nails too — but my haul at the end of the morning was not nearly impressive as his (perhaps the biggest understatement of this site?). We started at the top of the barn then worked our way down, as far as we could reach.  We found some whompy five inch nails. Then we moved onto the floor of the barn and worked our way up.

Lawd, I love workin’ along side this man. 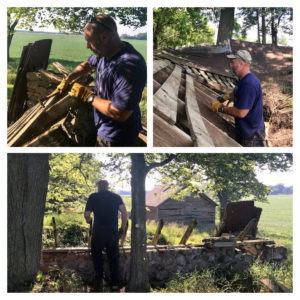 We will reuse both the tin roof and the framing wood for inside the farmhouse. 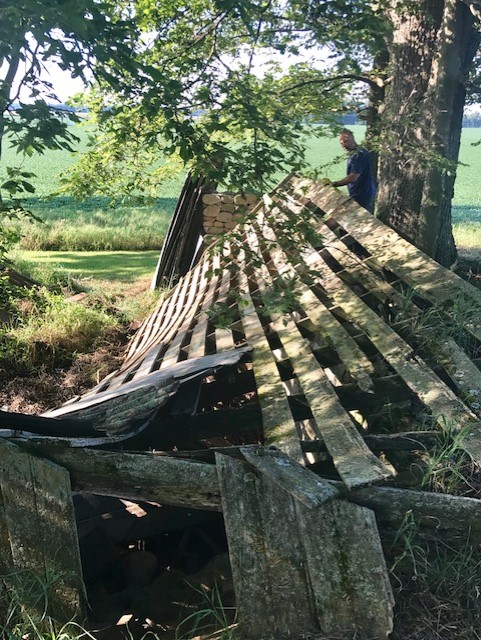 But what we uncovered is also pretty darn fun.  I can’t wait to keep excavating all this rusty gold… 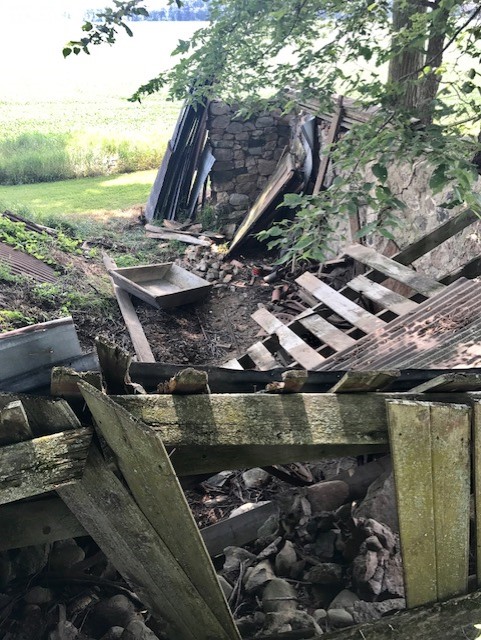 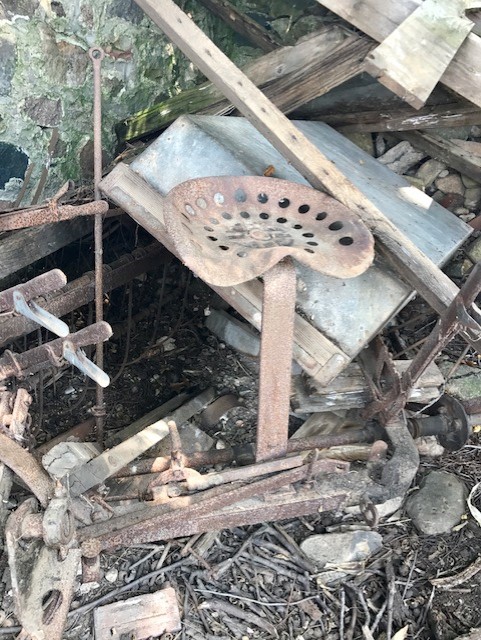 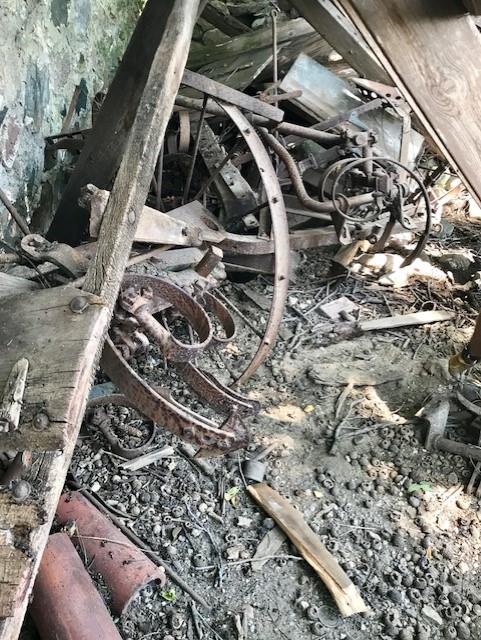 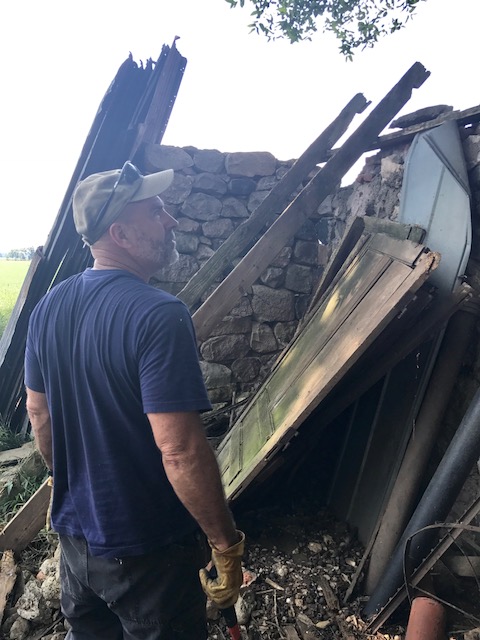